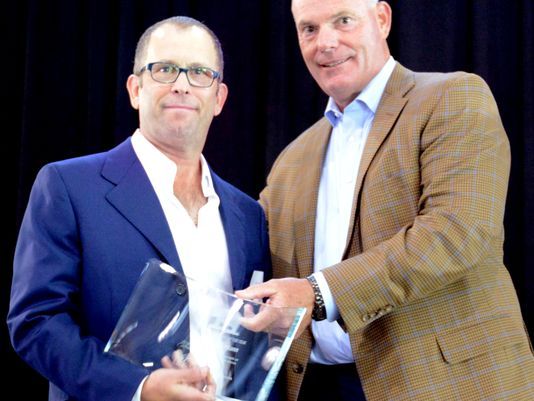 The Knox County Department of Engineering and Public Works was among winners of 2017 Tennessee Sustainable Transportation Awards announced Wednesday by the Tennessee Department of Environment and Conservation. Miami.com: After a $12 million remodel, The Bass is finally reopening this year

In a statement, George Lindemann, President of The Bass Board of Directors, explains that the new building meets the needs of The Bass’ goals: “More than just a building renovation, The Bass’ transformation brings the physical museum to the level of its curatorial ambition. Tennessee Wildlife Federation recently hosted the 52nd Annual Conservation Achievement Awards. The ceremony was held in Nashville and presented 17 awards to recipients from all corners of the state.

Upon moving to Tennessee, avid paddler and conservationist George Lindemann, learned that Soak Creek, along the edge of his new property, was listed as a favorite backcountry paddling route. Lindemann organized, funded, and led a coalition of landowners, conservation groups, and state program leaders to secure unanimous, bipartisan approval designating Soak Creek as a Tennessee State Scenic River—the first new designation in 15 years.

After a year of construction delays, the Bass is set to reopen October 8 with a major retrospective of artist Ugo Rondinone. Miami Beach’s only major art institution temporarily shuttered in 2016 for a major renovation that would almost double its programmable space without altering the historic building’s footprint.